The new, must-see revue from The Second City will get you to laugh at the mistakes humans and society seem to constantly repeat.

People tend to go to shows at The Second City and think that it’s just a random set of funny sketches and barely see a theme. When you look deeper you usually see the real theme through all of them, but at “Fool Me Twice, Dèjá Vu” you only have to wait until the second act to see the connections throughout of the production.

Many of the sketches of the second act are the same premises from the first but either seen from a different perspective or two separate sketches hilariously jumbled together from the first act. When described it may seem lazy or a gimmick, but with this exceptional cast and writing it is far from it. In one sketch Paul Jurewicz plays a stereotypical baseball dad who imposes the sport on his son, played by Daniel Strauss, whose only desire is to audition for a part in “The Phantom of the Opera.” This is a sketch that makes you cry with laughter as Strauss continuously breaks out in song from the play. When you enter the second act and see that the person pitching at Strauss is Sarah Shook who is obsessed with baseball but has a mother who wants her to audition for “The Phantom of the Opera” then it just opens the scene to even more laughter. The second act feels like an inside joke that the audience is in on, which alone is a stepping stone to more hilarity.

Aside from Jurewicz, Strauss, and Shook the ensemble rounds out with Rashawn Nadine Scott, whose voice and sharp wit creates laughter but also infects your conscience, Chelsea Devantez, who stands out as the veteran of the group and can make you laugh just by bulging her eyes, and newcomer Jamison Webb, who your heart melts for with some of his sweet, awkward characters.

“Fool Me Twice, Dèjá Vu” is playing at The Second City located at 1616 N. Wells St. For showtimes and ticket information visit secondcity.com/shows/chicago/second-citys-104th-revue-fool-twice-deja-vu. 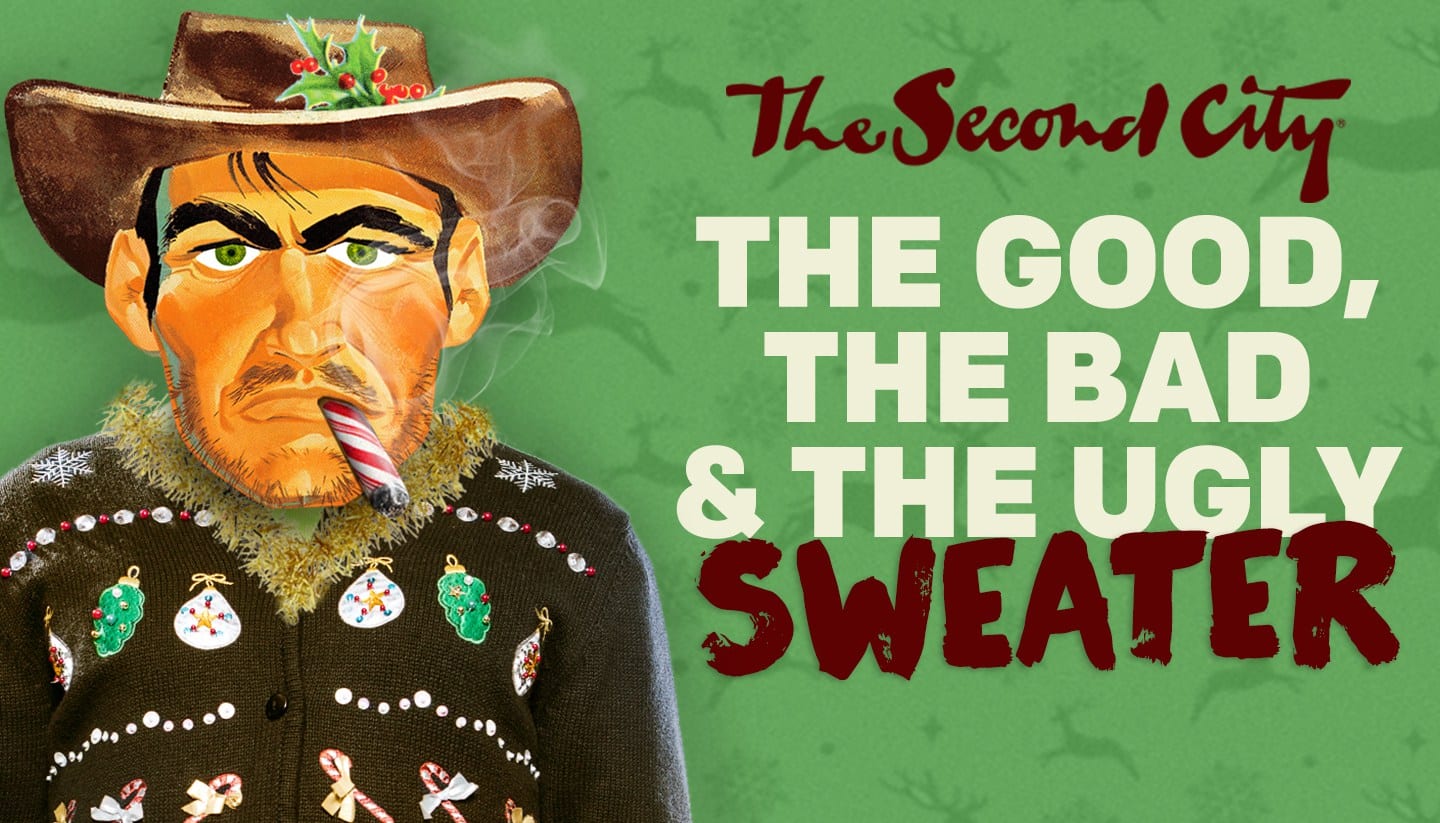 Check Out a Holiday Comedy Show at The Second City

A famous elf once said, “The best way to spread holiday cheer is laughing loud for all to hear”. Or something like that… *shrug*. Either way, we are LOVING The Second City’s new holiday-themed holiday comedy show, “The Good, the Bad, and the Ugly Sweater”! The Second City’s website describes this festive feature as: “It’s… Read more »